Recently, I have been thinking about the nature, and value of, positive civil discourse while equally pondering the benefits of positive, nonviolent, civil disobedience. In our global village, we notice that few individuals and groups (of the billions of citizens on the planet), are choosing to express discontent and dissonance with political and governmental policies by engaging in violent demonstrations that often result in lost lives.

Even though opposing expressions to political ideologies and policies 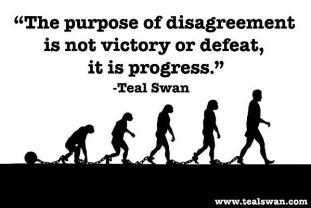 are not new, possibly, it is time to review and re-educate ourselves, and others, on the value of civil discourse, broadening our understandings,  and nonviolent civil disobedience that can also result in positive social change without the loss of human lives.

As long as there have been individuals and groups, there have also been disagreements-and sometimes violence to resolve those disagreements.  Some would argue, as societies continue to evolve technologically, it is equally important to help individuals and communities to develop their capacities for civil discourse, by recommending positive social actions that increase civil engagement, improve emotional intelligence, enhance the quality of life, and augment our understanding of global interdependence.

Many of us remember studying American transcendentalist Henry David Thoreau (1817-1862) and reading his 1849 thesis Civil Disobedience in which he contemplated the nature of civil disobedience–highlighting, in his opinion, the right of the individual to resist government action or policies that were blatantly against an individual’s moral values or conscience.  Thoreau’s notion, and practice of, positive civil disobedience eventually resulted in his being arrested for not paying a poll tax.  Thoreau resisted the tax because  it conflicted with his conscience.  He believed that the funds generated from the tax would be used to finance the Mexican War, a campaign which he vehemently opposed.  Thoreau, further, saw the war as a means to expand slave territories in the United States, and he considered such an immoral undertaking. 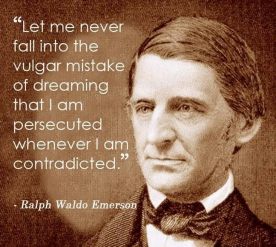 From Thoreau’s thesis it appears that he is not arguing for no government, but that he is imagining a “State at least which can afford to be just to all men, and to treat the individual with respect as a neighbor; which even would not think it inconsistent with its own repose if a few were to live aloof from it, not meddling with it, nor embraced by it…” Even though it was penned over 100 years ago, Thoreau’s thesis reflects conflicts we continue to struggle with today.  He states further, “It is truly enough said that a corporation has no conscience; but a corporation of conscientious men is a corporation with a conscience.”

Although they are too numerous to name, some prominent civil disobedience involved Mohandas “Mahatma” Gandhi (1869-1948), for his role in leading India to independence; Martin Luther King, Jr. (1929-1968), for his role in leading the nation’s peaceful Civil Rights Movement until his assassination; Cesar Chavez (1927-1993) for his role in organizing a labor union to protect the rights of workers; Nelson Mandela (1918-2013) for his role in protesting apartheid which, after his imprisonment of nearly 30 years, eventually led to world recognition, a Nobel Peace Prize, and anti-apartheid improvements; and many more individuals–known and unknown–who have led and continue to inspire non-violent civil disobedience. 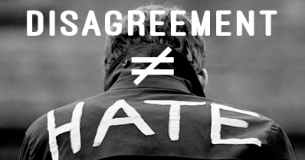 So, what does this tell us as leaders of organizations, communities, and families?  Some might argue that it is our responsibility to ensure that students, and developing adults, are exposed to stories of non-violent civil disobedience–hopefully to counterbalance the other reports of more violent ways to resolve conflicts that are broadcasted via various news and entertainment media.

As managers of businesses and observers of interpersonal interactions, there are daily opportunities for us to model civil engagement, civil discourse, and decision-making that demonstrates the value of engagement of a broad range of individuals and appreciation of more diverse perspectives. As leaders, we can not only listen to diverse opinions and solutions with respect and understanding, but we can also help others recognize the value of diverse viewpoints.

Ultimately, the family is probably the first place to form meaningful viewpoints about the individual’s responsibilities in society. Possibly 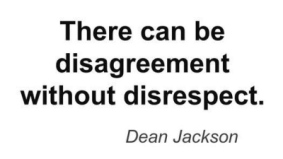 conversations that occur in family worlds should also encompass strategies for supporting and expressing disagreement in civil and non-violent ways.  Because the family is the basic building block of society, when families actively promote listening, tolerance, civil discourse, and awareness of other cultures, they offer a strong foundation for productive civil discourse and nonviolent positive social action in our larger global communities.

As leaders–be it in our families, our workplaces, our communities, our nation, or anywhere on our Earth–it is our critical responsibility to help each other work towards truly forming a more perfect union, the intention stated in the Preamble to the Constitution of the United States of America.